Kaolin is a kind of nonmetallic mineral, which is a kind of clay and claystone mainly composed of Kaolinite clay minerals. The performance indicators of kaolin affect the application of different industries. Let's take a look at the evaluation criteria of kaolin. 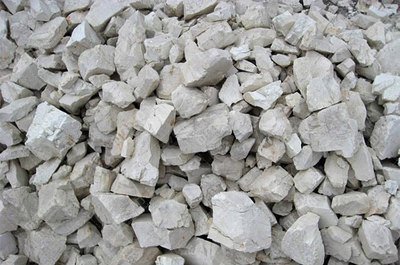 The whiteness of kaolin is divided into natural whiteness and calcined whiteness. For ceramic raw materials, the higher the calcination whiteness, the better the quality. Impurities such as Fe2O3 and MnO2 in kaolin will reduce its natural whiteness.
2. Plasticity

The clay material formed by the combination of kaolin and water can deform under the action of external force, and can still maintain this deformation property after the removal of external force, namely plasticity. Plasticity is the basis and main technical index of kaolin forming process in ceramic billet.
3. Particle size distribution

The particle size distribution characteristics of kaolin are of great significance to the beneficiability and technological application of ore, and its particle size has great influence on its plasticity, mud viscosity, ion exchange capacity, molding performance, drying performance and sintering performance.
4. Associativity

Viscosity refers to a characteristic of fluid that impedes its relative flow due to internal friction. In the production process, viscosity is of great significance. It is not only an important parameter in the ceramic industry, but also has a great influence on the paper industry. General montmorillonite content, fine particles, exchange cation mainly sodium, its viscosity and thickness coefficient is high.
6. Sintering property

Sinter property refers to the performance of material filling grain gap spontaneously and densification when the formed solid powder kaolin billet is heated close to its melting point (generally more than 1000℃). The sample is suitable for low sintering temperature and wide sintering range (100-150 ℃).
7. Fire resistance